I’ll tell you right now that I loathe Monsanto. Just hearing the name of the company makes me cringe. But don’t get me wrong, I have nothing against corporations – or Big Government, for that matter – in general, EXCEPT when they do more harm than good. Then my stomach rolls.

If you don’t know Monsanto’s involvement in GMO’s (genetically modified organisms), you probably know one of their most successful products, Roundup, which uses the herbicide glyphosate to kill those pesky weeds. It’s easy to use and it works. But I’ll repeat, it does more harm than good. The World Health Organization has classified glyphosate, as a “probable human carcinogen.”

Agent Orange also once seemed like a good idea. So did DDT, PCB’s and saccharin. All Monsanto creations.

But mostly I just don’t like bullies … and people who say they are doing something “for my own good.” I know of too many cases where self-proclaimed tough guys torment, just for laughs, vulnerable gays and lesbians. Fortunately there are now laws against this behavior. A few republicans come to mind next. But my biggest bully? Monsanto. Since the 80’s, they have taken advantage of their enormous resources, and specifically their legal team, to bully farmers into giving up their own seeds and becoming part of the Roundup Ready worldwide network of farmers. Today Roundup Ready crops are more than 90% of the soybeans planted (used mainly as a food crop for animals) and 70% of the corn. My problem with that, beside a loss of a variety of crops and the loss of generations of small farmers, is how these same pesticide-laden, subsidized crops end up on our tables. I am sure you already know there are hundreds of products developed from corn alone (sweeteners, cornstarch, yogurt, crayons, medications, ethanol, batteries, etc).

But my real, real problem is the genetic tampering with Nature “for our own good.” Genetically engineered plants are those that have been changed by taking genes from one species and inserting them into another, altering its DNA. This is beyond natural cross-breeding or anything nature has done since the beginning of time. The safety tests that are done for the new crops are done by the corporations that create the crops. Right now federal regulators, under the “generally recognized as safe” provision, approve anything that looks and acts like a non-GMO version of the original product. 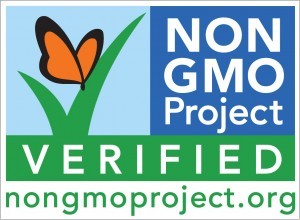 The manufacturers and the folks who sell us these products do not want us to know that they contain GMO’s. Yet look in every aisle of the grocery store and at home, these products are part of our daily lives. The companies would have us believe these products are “good for us” and “healthy”: General Mills cereals (Chex, Lucky Charms, yikes, the Cheerios I just found in my own kitchen), Similac, Canola Oil (another yikes for me), Campbell soups, Nature Valley, Kashi, Gerber, Doritos, Tostitos, MorningStar Turk’y Burger (advertised as 100% vegetarian, cholesterol free, etc., i.e. “good for you”) and dozens more. Don’t we have a right to know what’s in all these foods? It is my strong belief that the increase chemical intake from pesticides as well as the increase in our diets of all these GMO’s is behind the majority of major health and behavioral problems.

I am compelled to write this post (instead of something fun!!!) because there is now a bill in Massachusetts to mandate the labeling of GMO’s. It is H.3242. Please take a look at MArighttoknow.com and talk to your representatives and senators about it. CT and ME are already onboard. But bigger and worse is a federal bill which its detractors are calling “Monsanto’s Dream Bill.” How this got so quickly filed on the federal level is another subject. This bill would PROHIBIT states from requiring the labeling of genetically engineered foods. This bill, pushed by Monsanto’s team of lobbyists, of course, and the Grocery Manufacturer’s Association is all about making money for the companies and keeping us from knowing what’s in our food. It is being referred to as the Deny Americans the Right to Know (or DARK) Act. The House version has already passed and now it will go to the Senate. Fortunately for us, both Senators Warren and Markley have already spoken against it, but I am sure they would love your support. If you are talking to them, urge them also to support Senate Bill 511 witch would require mandatory labeling for GMO’s!!

That’s it for my preaching and politics. The good news is that the power for change truly rests in our pocketbooks (i.e., the food we buy). The fact that Walmart now sells more organic products than Whole Foods tells us the tide is changing. Just yesterday I saw in my local grocery store a brand new “natural and organic” aisle. (Beware of the “natural” label, however. That’s more often a sham because the FDA has not defined this word, allowing manufacturers to use it to deceive people into thinking this product is not only better but does not contain GMO’s. Not true). Consumers really do have the first and last word.

Knowledge is power. Watch the documentaries, “Food, Inc”  and “The Future of Food.” For more information and to easily contact your US senator, go to FoodandWaterWatch.org. It takes more time but I can’t help but plug eating as much whole and unprocessed food as possible. Those GMO’s in the long run are deadly. Monsanto’s headquarters, by the way, are in Creve Coeur, Missouri. The French verb “crever” means to work to death. In slang, it means to kick the bucket, die. Either way, it translates as lethal.